In the last year, Progressive Web Apps have become an incredibly popular way to build next generation apps. PWAs bring many advantages to the table, and in today’s post I’d like to share why we think you should care.

Why should I care about PWAs?

PWAs bring unique advantages to the table for developers building consumer facing apps. They allow developers to completely skip the app stores and instead simply deploy to a web server. This allows you to get your app out faster and to more people than you would be able to with deploying to the App Store and Google Play. Also, because you are not tied to the app store, this means that updates can be immediately available to everyone using your app, by simply pushing your new code to your web server. And because PWAs run in the browser, your single PWA can then be reached from just a click on a URL, greatly reducing the barrier to entry to your app!

PWAs also bring a ton of new advantages to the table for businesses and enterprises. Because of the fact that with a PWA you don’t have to package your app for any specific native platform, or submit that app to any native app store, your time to market can be much faster. Just push to a web server and your PWA is available to everyone.

For users of your app, PWAs offer a consistent experience no matter what device they are using, or how slow or flaky their network connection is. There’s no need to sit and wait while your app they are wanting to use is downloading and installing. Need something in a hurry? There is nothing much faster than tapping a URL. Also, because PWAs tend to be much smaller than the average native app, your app will not be taking up much of the precious storage on a user’s device. 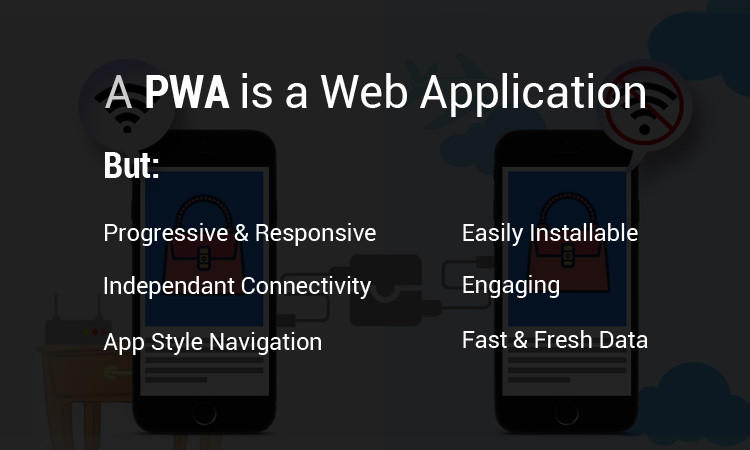 There are some drawbacks too!

We are working very hard at Ionic to make building fast, high quality PWAs very easy. Because of all the advantages that PWAs provide, we believe that PWAs are a crucial part of the web landscape.

Quote of the Day

Funny Quote of the Day

Add studycafe.org to your Homescreen!